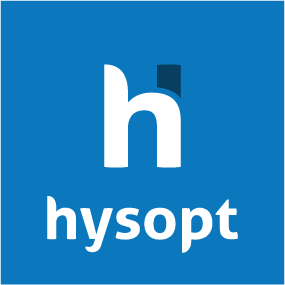 Forget plastic straws, your HVAC system is going to save the planet

Minimising your carbon footprint is a must. As the fight against climate change heats up, commitments have to be made and taken seriously.

Minimising your carbon footprint is a must. This comes as no surprise. As the fight against climate change heats up, commitments have to be made and, above all, taken seriously.

What we really want: going green on a budget

The Paris climate agreement and The Green New Deal are but two instances of attention being brought to the urgency of climate issues. Although it has taken us some time to adjust to this new way of thinking, we are slowly starting to wake up. However, there is still an unfortunate and deep-rooted myth that it is a costly affair to make your company net zero. Many still claim it will take decades before you start seeing a return of investment. It is not so much that companies are opposed to going green, but that they are only willing to do so at a certain cost. Spoiler alert: Hysopt can help you with this exact problem!

After sensibilisation and subsidising, a sanctioning wave looms around the corner

The truth is that governments are running out of time. The Intergovernmental Panel on Climate Change states that we have until 2035 before we lose all chance of meaningfully slowing down global warming and its effects. This means enacting real change will soon become a necessity instead of a recommendation.

Over the last few years, we have been going through an awareness campaign, that is slowly turning into a subsidising campaign. Just look at The Green New Deal: Investing in electric cars and high-speed rail systems. This trend is carried on by the Europe Green Deal as well. With its ambitions for being the first climate-neutral bloc by 2050, it is almost certain that the next campaign wave will be about taxation, penalty, etc. This will force companies to act climate-conscious and ensure industries understand the sense of urgency.

Change is in your HVAC systems

Already, changes in the mindsets of companies are being expected by investment funds. An increasing amount of them are demanding companies to reduce their carbon emissions. The fact of the matter is, change is coming, whether the board wants it or not. It is no longer a question of whether to be climate-neutral, but of when to begin working on it. The answer to that: sooner rather than later. Wanting to continue the search for new technics that may solve our climate crisis, is fine. But do not mistake that continuous search as an excuse to not use the existing technology. We have the answers, we have technology to implement it, use it and act!

Tackling the building envelope to lose less energy is a first step but it is cost intensive and it is exactly these types of investments that take decades to produce a financial advantage. Additionally, making changes to the shell has a lot of esthetical consequences as well. For this reason, very little is happening. This means that, at this rate, we will not only loose the battle, but the whole war. Attacking your HVAC systems, however, is what will show you fast, tangible and truly effective results.

HVAC systems are generally overlooked, despite the fact that their invoices often reach very high numbers. From experience the Hysopt Software can make a company economize an average of 30% with a Return on Investment no higher than 3 years in existing buildings. Think about it, if you are overpaying on your energy bill you are also massively over emitting CO2! You could cut your carbon emissions with an average of 40% and Hysopt can help you with that. With our Value Calculator, we can give you an estimated prediction of how our software can minimise your company’s CO2 emissions and energy bill.

In new builds the potential is even larger as there is more freedom to design it ‘first time right’.

This is how we get one step closer to a carbon neutral world. Let’s go!

Curious how? Get in touch or watch our on-demand webinars to get more inspiration.

Back to resource center

Creating digital life 
A Digital Twin: Creating a virtual space with a virtual model of your systems, so you can make an informed decision before making a real life one.

The IPCC report, did you see it pass by?
The latest IPCC report, wasn’t necessarily a confidence booster. We are moving forward, but we need to step up make the 2030, and ultimately the 2050 deadline!

Designed to make a change
Let's act and renovate our buildings towards lower greenhouse gas emissions because time is ticking!

Hysopt is unique design software that helps building managers get the most out of their heating and cooling systems.

Created by The Ecological Entrepreneur